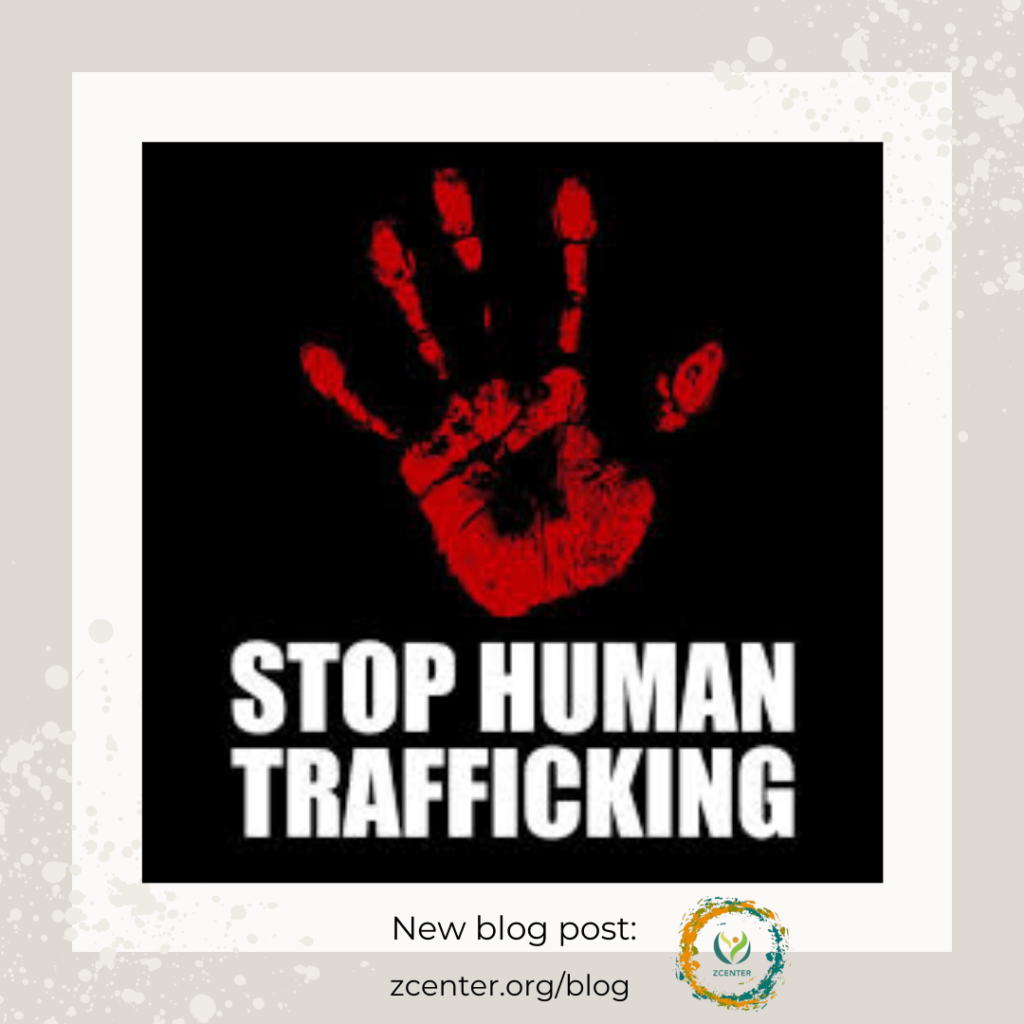 Human trafficking (HT) has been around for many years, but has not yet received the attention needed from the community just like sexual assault. Looking at the data reports can be overwhelming but does not change the fact that the community should have a more open conversation about HT! 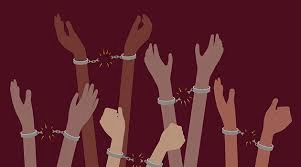 What makes someone susceptible to becoming a victim of HT?

Human trafficking is not a new phenomenon in our country. In fact, this has been going on for many years, with millions of victims, and we have not yet found a cure to this social injustice! Yvonne Ambrose was the mother of late Desiree Robinson, who passed away after becoming a victim of sex trafficking. Desiree became a victim of sex trafficking through social media where Joseph Hazley pressured her into selling her body. On December 23rd, 2016, Desiree was taken to the perpetrators house were she was abused, raped, strangled, and murdered.

Through COVID-19, we have seen a shift in how recruitment occurs. In prior years, the most common forms of recruitment were strip clubs, foster homes, and schools. Due to the shutdown, the internet/social media became the top recruitment location for trafficking. Polaris Project reported 125% increases in recruitment reports from Facebook, while Instagram reported 95% increase when compared to its previous year.

There is this notion of belief that HT does not occur in our own neighborhood. Unfortunately, the reality is that not only does this happen in our community, this is a global phenomenon! With the help of our community and the proper preventative education we can help spread awareness on HT and prevent community members from becoming victims of HT!

If you or someone you know needs immediate help due to human trafficking, please call or text the national hotline: 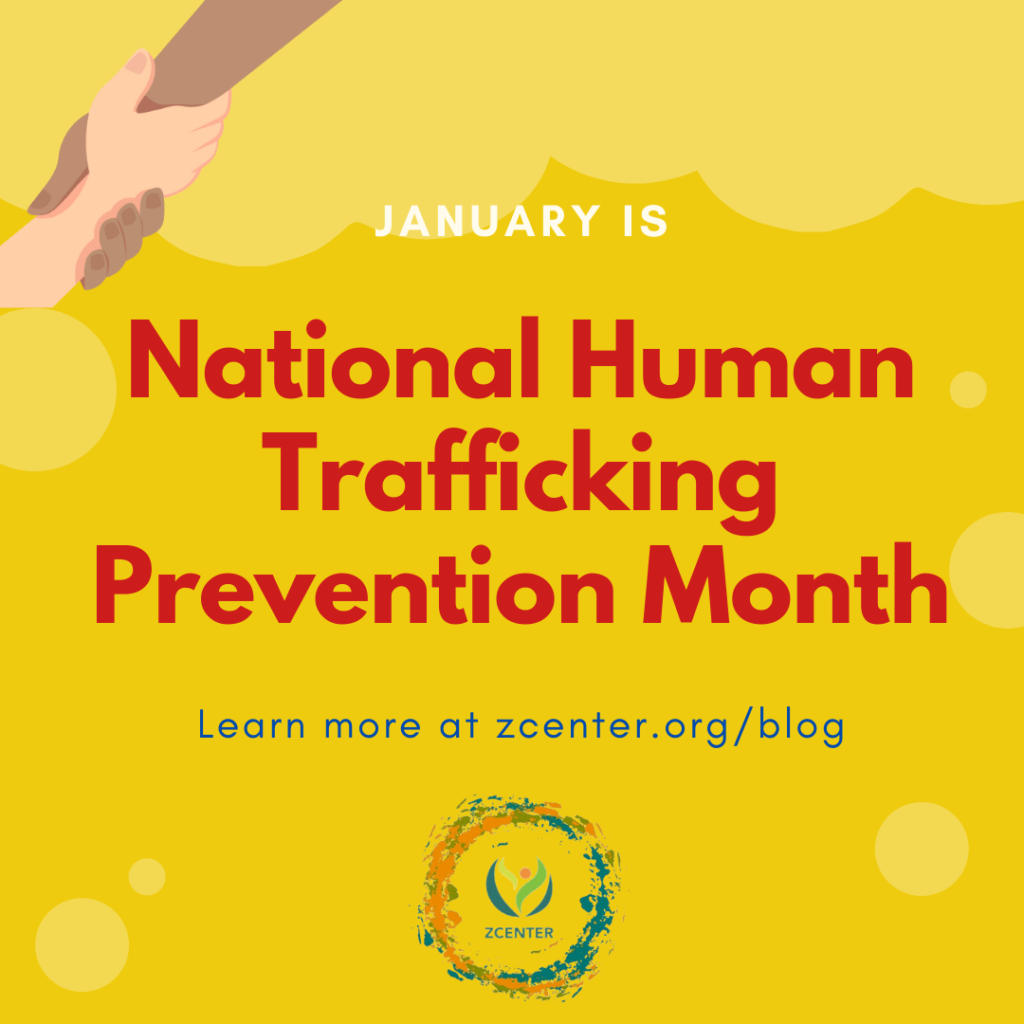 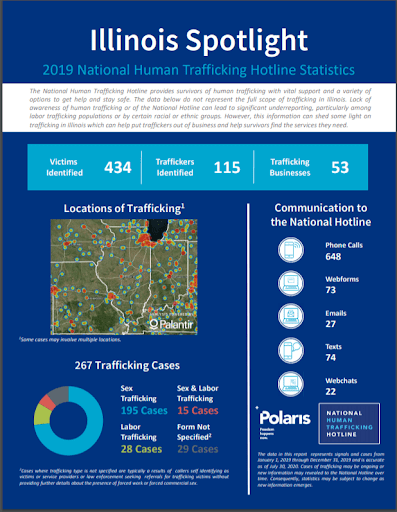 Due to the high rate of underreporting, we do not have precise statistics for the number of trafficking victims in Lake County. However, according to the Center for Impact Research in Metropolitan Chicago, 16,000 to 25,000 women and girls are involved in prostitution in Chicagoland annually, with one third getting involved in prostitution by the age of 15 and 62 percent by the age of 18. Data on contacts to trafficking hotlines shows how few of the estimated tens of thousands of victims reach out for help. Numbers from Polaris Project show that in 2019 there were only 648 calls to their national hotline from people living in Illinois. Additionally, 73 webform contacts, 27 emails, 74 texts and 22 webchats.

In a three-month period during a 2013 study of online solicitation, there were over 50 postings by men residing in Waukegan and Gurnee; and almost 100 postings by men living in suburbs surrounding Lake County. The study showed us that sex trafficking is pervasive throughout Lake and Northern Cook counties in Illinois, including men buying sex in a variety of venues and women experiencing various forms of violenceand profiding sex against their will (Call to Action to End Violence in Lake County, July 2017). 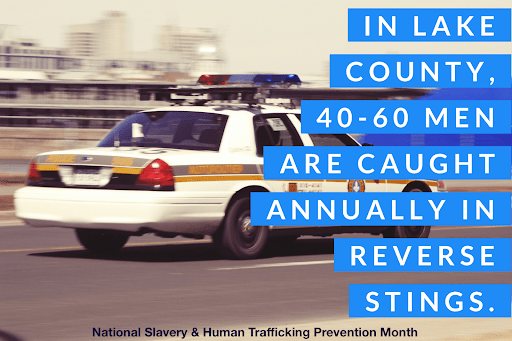 Data shows that most cases of trafficking in Lake County are most heavily concentrated in and around the cities of North Chicago, Waukegan, and Gurnee, which also have the highest rates of gang activity. Some research indicates that as many as half of the gangs in the Chicago area are involved in sex trafficking.

Human trafficking is an ongoing crime within our community. As we continue to raise awareness and encourage victims to seek help, we are sure more data will be brought to light. At ZCenter, we are committed to fighting for those affected by sexual violence and we know that the more people we reach means more will come forward.

Human Trafficking is not a new phenomenon, but caring about it is. Human Trafficking has been happening forever, but only in the year 2000 was it recognized as a crime by the US Government & the United Nations. You have the ability to make an impact on human trafficking in Lake County. 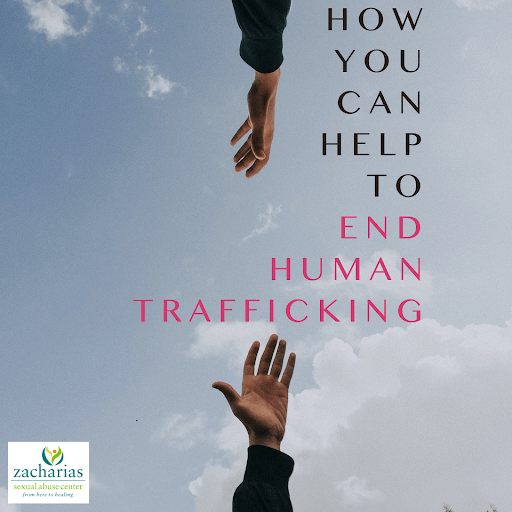 Awareness is key in identifying signs within our community and reporting information to local law enforcement. Here are some indicators which suggest a person may be a victim of human trafficking:

This list is not exhaustive. One of these indicators on its own may not mean someone is trafficked, but a combination of indicators may amount to a situation of human trafficking. If you think you know or have met a victim of human trafficking in the Chicago area, call your local police department, the Salvation Army’s STOP-IT program hotline at 877.606.3158, or the national hotline from Polaris Project at (888) 373-7888.

To take an active approach in ending trafficking consider participating in training to recognize and respond appropriately to trafficking. Operation Underground Railroad offers free training  to help you identify the signs of trafficking.  Identifying victims is only one step in solving the issue. Resources need to be available to assist victims to transition to safe living situations.

Trauma-informed spaces and organization are made available to help create pathways for victims to exit their exploitative situation. Each of us needs to educate ourselves and raise awareness in our social circles.  In Lake County, education and support services are provided by Zacharias Sexual Abuse Center, Stepping Stones, and a Safe Place.

Stop It, The Salvation Army

A Safe Place for Help