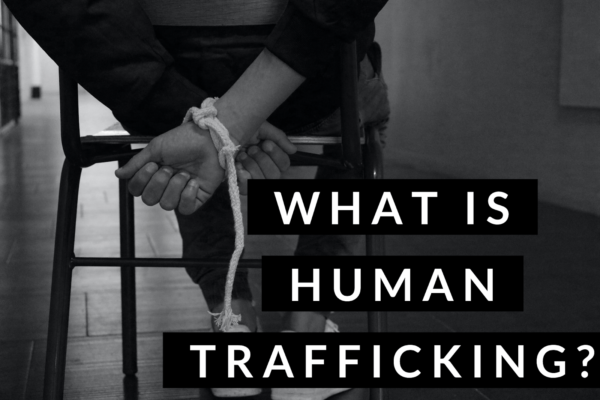 January is National Slavery and Human Trafficking Prevention Month. These societal issues go back further than most of us can even remember and are still an issue going on in the world today, unfortunately even in our backyards.  We are continuing to fight our grandparents’ battles, and we will not stop until we end sexual violence.

To start the month, let’s talk about some definitions, myths, and facts about human trafficking. Human trafficking is defined as the act of recruiting, harboring, moving, or obtaining a person by force, fraud, or coercion, for the purpose of involuntary servitude, debt bondage, or sexual exploitation. Also known as modern slavery, human trafficking is the illegal trade in human beings through recruitment or abduction by means of force, fraud, or coercion for forced labor, debt bondage, or sexual exploitation. This definition is an umbrella term that covers labor trafficking and sex trafficking. Now let’s break those two pieces down. Labor trafficking is the exploitation of a person for labor or services through force, fraud, or coercion. Labor trafficking victims are often forced into domestic servitude, agricultural work, restaurant work, or factory work (illinois.gov). Sex trafficking occurs when a child under 18 is involved in a commercial sex act, including prostitution, sexually explicit performance, or pornography production, in exchange for something of value (illinois.gov). Trafficking can be domestic or international and is different from sex work. The big difference between these two is CONSENT. Sex work can have a range for legal status and participant’s consent, while victims of trafficking do not consent.

Many myths are surrounding human trafficking, including:

As we can tell, there is still a lot of information that needs to be discussed around this ongoing issue and more things that can be done to prevent it from continuing. Check back in next week, when we will address risk factors and the grooming/recruitment process.

Stop It, The Salvation Army

A Safe Place for Help