Robert Sylvester Kelly is a well-known American singer,songwriter and record producer. R Kelly has been convicted of several sexual abuse counts including sex trafficking and federal racketeering. R Kelly’s cases began in 1994, in which he, 27, married Aaliyah D. Haughton, a 15 year old in a secret ceremony. The marriage was annulled several months later due to age consent restrictions. In 1997, Tiffany Hawkins filed a report alleging sexual harassment while she was a minor. Between the years of 2002 and 2003, R.Kelly was found with child pornography in both Illinois and Florida, and was later released on bail. In 2005, Andrea Kelly (wife) obtained an order of protection against Kelly, due to domestic violence. In 2017, #MuteRKelly was launched in efforts to boycott his music from streaming platforms such as Spotify and Apple music. The following year, Faith Rodgers sued R. Kelly for sexual battery. From 2018-2020, R.Kelly was held in trial in several states due to sexual abuse counts. On September 27th, 2021, R. Kelly was officially convicted of nine counts and sentencing will occur on May 4th, 2022.

“In order to escape accountability for his crimes, the perpetrator does everything in his power to promote forgetting. If secrecy fails, the perpetrator attacks the credibility of his victim. If he cannot silence her absolutely, he tries to make sure no one listens.” –Judith Lewis Herman 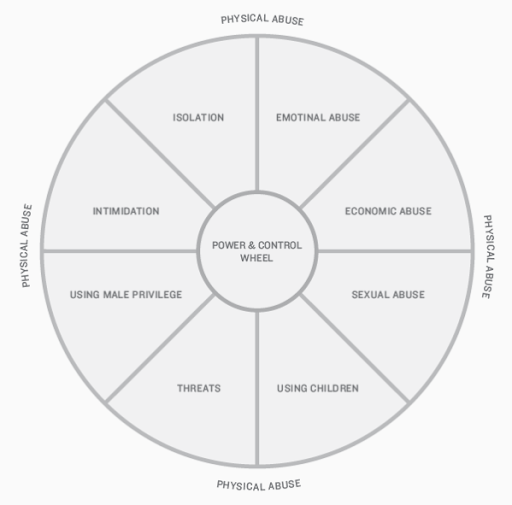 Power is a common characteristic seen in cases of abuse with both adults and children. Abusers use power over their victim in order to get them to do anything they would like. Below, is the power and control wheel which includes isolation, intimidation, threats, economic abuse, etc. We can identify similar characteristics used in the power and control wheel and survivor’s experiences. In child abuse survivors, perpetrators are typically family friends and members,which therefore allows them to use their power over their victim as well as intimidation to get them to keep the abuse a secret. In adult abuse, perpetrators are typically people with advantage in the workforce, family members, and friends. 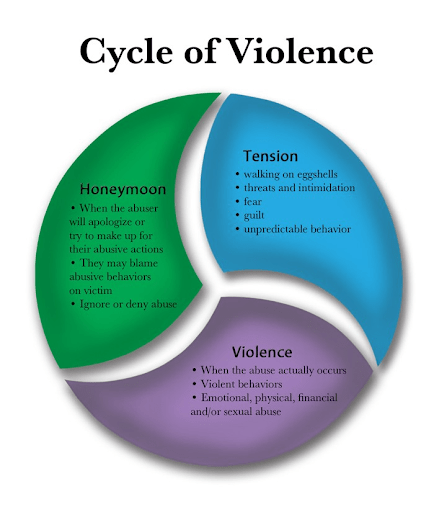 The Cycle of violence is another common characteristic found in sexual abuse cases. The cycle of violence has three different stages: Honeymoon, Tension, and Violence. The honeymoon phase involves the abuser apologizing for their behavior and looking for reconciliation; they will blame the victim for their abusive behavior and/or will deny the abuse. The tension phase involves fear, guilt, and unpredictable behavior. In the violence phase, emotional, physical, financial, and sexual abuse will resume.

Survivors of R. Kelly have shined a light on the power and control that perpetrators have over their victims. The strength and courage of the survivors has given other survivors of abuse the encouragement to speak against their perpetrators and seek justice. The R. Kelly cases have created a pathway into a conversation on abuse on social media outlets, dinner tables, and family/friend gatherings. If we continue having a conversation about power and the cycle of violence, we can help survivors stand up for themselves and seek justice!