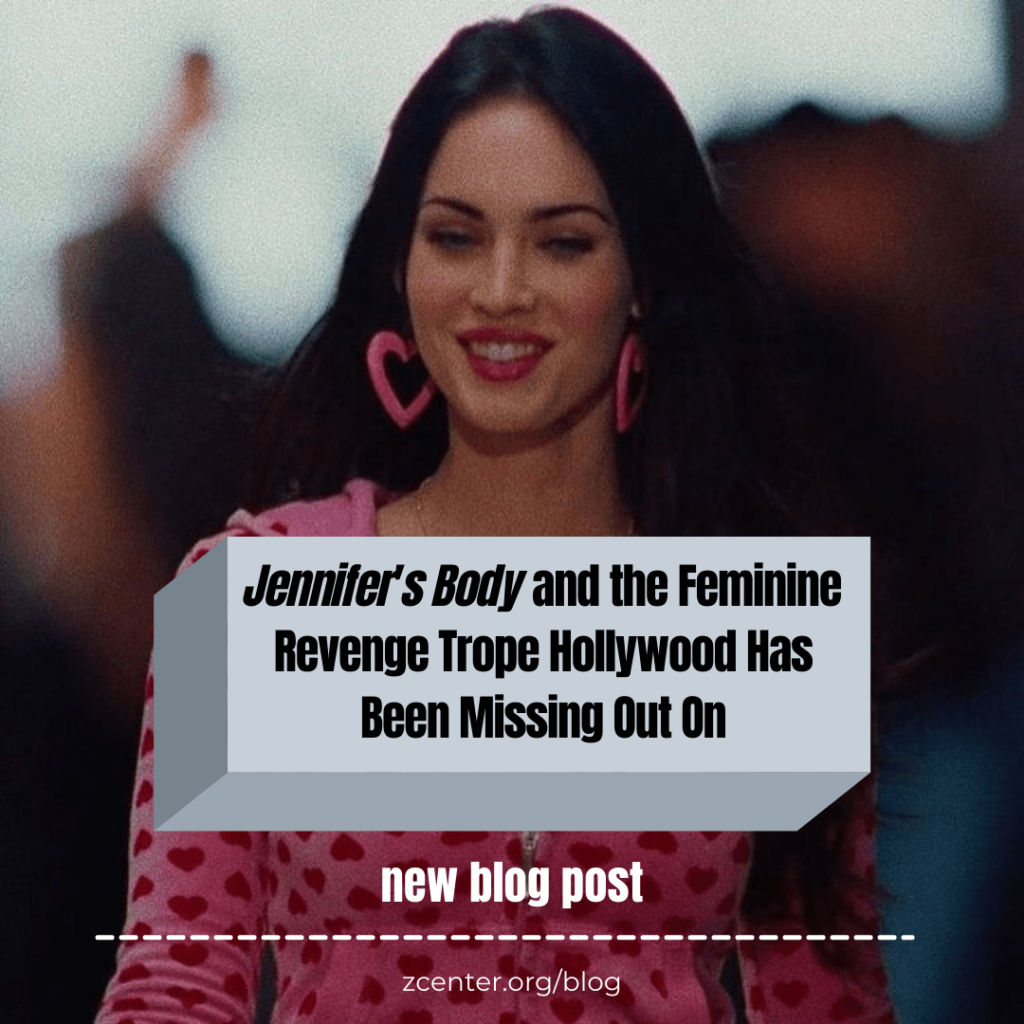 In a small town in Minnesota, there lives a teenage girl named Jennifer Check. She is popular, attractive, and reckless. Her best friend, Anita “Needy” Lesnicki, is the opposite and serves to show just how wild Jennifer is. One night after a concert, Jennifer leaves with the band. The band wants power, fame, and riches. In order to achieve this, they agree to sacrifice Jennifer to Satan but not before confirming she is, of course, a virgin. She lies and says she is, which results in a catastrophe for the town. Now, possessed by a demon who is only satisfied by eating human flesh, Jennifer begins a rampage against the boys in her town by enticing them with sex and then killing them. Jennifer’s Body redefined the genre of horror, comedy, and what it means to be a young woman in the world. It only took 12 years, but this movie is finally getting the recognition it deserves.

When Jennifer’s Body, starring Megan Fox and Amanda Seyfried, first premiered in 2009, it did awful in the box office. It had a budget of $16 million dollars and it made about that much. It was so awful, in fact, that the Chicago Tribune labeled it a “gruesome paint-by-bloody-numbers succubus story.” I was only nine years old when the movie first premiered, so I did not get to watch it. But I remember my friend’s older sister did. She loved it. We sat around the kitchen table as she recounted a story about a young woman who was sexualized and vilified (but of course being nine we did not know what this meant, rather it was her strength and sense of self), but rather than let herself be defined by others, she was reclaiming the labels of “slut” and “sex.” It would be another 6 years until I would watch the movie for myself, but it was everything I needed to hear at that moment.

It is only recently that the cult following of Jennifer’s Body has grown. While in quarantine, many people have been going back and watching movies that came out in the early 2000s, such as Jennifer’s Body, and people got to talking about how overlooked it was. They realized that this movie was not awful; it was just marketed to the wrong crowd at the wrong time. And the actors knew that this is what the movie had coming. When asked about the movie Megan Fox said, “I am on display for men to pay to look at me.” Vox writer, Constance Grady writes that this was a movie that was targeted towards young teen boys by offering up sexualized images of Megan Fox on the poster and on the trailer. Rather than be a “sexy movie” for teenage boys, the director offers this as an explanation of who this movie is for and what it is about:

“This movie is a commentary on girl-on-girl hatred, sexuality, the death of innocence, and politics, in the way the town responds to the tragedies [of the bloody deaths of several young men]. Any person who dares to respond in an unconventional way is branded a traitor.”  -Diablo Cody

So what does all this mean? Why should we care that a movie like Jennifer’s body is finally getting the recognition that it deserves? Well, it shows us that we are not alone. That when a group of men want to sacrifice the body of a woman so that they can gain more power and sway, that we have the power to tell that story, when we want and how we want. That when men see women as disposable, as there for them to use and discard (like what we often see in Hollywood), there is a chance at a beacon of hope. It also shows how the movie industry works and who is dictating what a “successful movie” is. Because to 9-year-old, 15-year-old, and 20-year-old Cassidy Herberth, Jennifer’s Body is the movie that was successful. It was a movie that changed everything. It was a movie that said, “you know what, you are not alone.”

Jennifer’s Body tells the story, albeit a horror story, about a young girl who is discovering what it means to be both a victim and a survivor. It is a story that was ahead of its time, but it is still not as widely recognized as it should be. Jennifer’s Body tells the story of many people out there, and I, for one, hope there is only more to come.